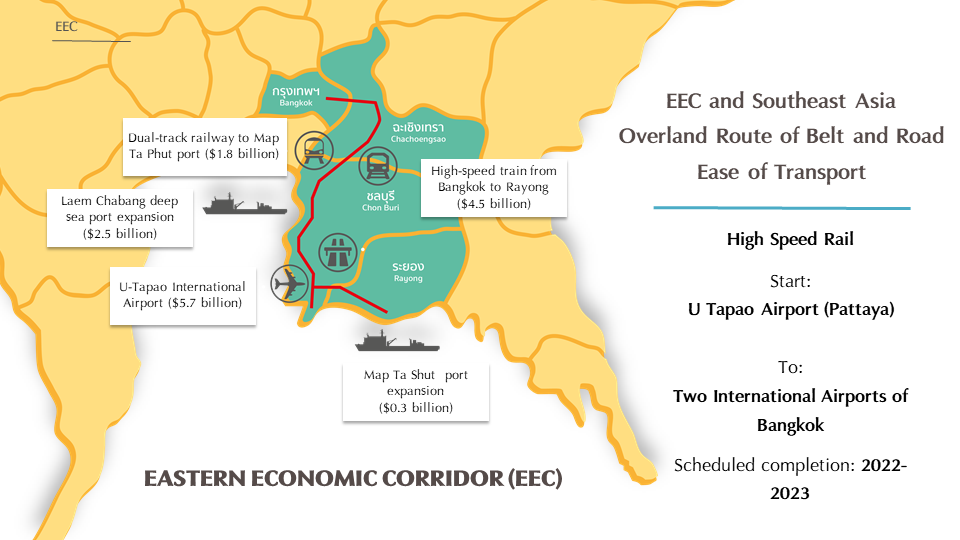 As Thailand is resuming her large-scale investment projects to develop sustainable economic growth, the Thailand Convention and Exhibition Bureau (Public Organization), TCEB, sees the opportunity to support the development through its strenuous efforts to promote the exhibitions industry right at the Eastern Economic Corridor (EEC) region.

As a new large-scale investment project, EEC emerges to allow Thailand to lay the foundation for a new era of prosperity. It sets its sights on new and unprecedented levels of development. The three eastern provinces of Chachoengsao, Chon Buri and Rayong are designated as the site for the development of ten targeted industries. Of them, five industries are existing ones with great potential (first S-curve) and the five others are the industries of the future (new S-curve).

There are eight implementation programs to ensure that the development of EEC is just and sustainable. They cover:

Mr. Chiruit Isarangkun Na Ayuthaya, President of TCEB disclosed that “TCEB supports the development of EEC and has initiated its Eastern MICE Corridor (EMC) project for the purpose. TCEB has launched the “EMC3 Model” to pave the way for the rise of the Eastern Mice Corridor in Thailand.

Besides, it has invited members of the media from across the world to witness the preparedness and capacity of exhibition facilities in EEC. The proactive initiatives not only attract business travelers in the region to EEC but also place Thailand in the forefront of Southeast Asia’s MICE industry.”

TCEB is developing the exhibition industry into an instrument to boost trade and investment, promote business networking and partnerships and encourage the exchange of knowledge related to the ten engine-of-growth industries. This will in turn further strengthen EEC, the most vital project in the Thailand 4.0 scheme that has captured the attention of the world to this rising trade and investment destination of Southeast Asia.

“TCEB’s promotion of the exhibition and MICE industry in EEC aims to attract conferences, conventions and exhibitions as well as MICE-related investment to EEC. With the new “EMC3 Model”, TCEB is elevating the exhibition and MICE industry in Chachoengsao, Chon Buri and Rayong provinces through simultaneous and extensive developments across all facets as well as integrated marketing, which will bring about a rapid advancement of the region,” said Chiruit.

Aimed at transforming EEC into Thailand’s new MICE promotion area, the EMC3 Model is spearheaded by six major projects set for implementation from 2019 to 2022. The projects are aimed at:

nurturing an ecosystem conducive to the MICE industry through close collaboration among the government, private businesses and educational institutions

encouraging community involvement by including local tourist attractions and products in the development of the MICE industry.

The promotion of exhibition industry in the EEC is a part of zoning strategies that aims to attract exhibition as well as MICE-related business to the area. Further equipping the EEC with the capabilities to accommodate exhibition industry to pave the way for the EMC promoting bidding for the rights to host international trade fairs

Thailand has hosted several key exhibitions related to the 10 S-Curve industries namely CPhI South East Asia 2019, InfoComm SEA and ANDTEX 2019 and many more scheduled to enhance the economic zone in the near future.

These projects will enable the exhibition industry to play important roles along with economic development projects in advancing the Thai economy.