Bangkok, 30 May 2016 – The Thailand Convention and Exhibition Bureau (Public Organization) or TCEB today announced its plan to drive the Domestic MICE (DMICE) industry forward in line with the government’s ‘State of People’ policy as a key to promote sustainable economic growth. Underlining the strategy, TCEB is organizing the Thailand Domestic MICE Mart 2016, bringing together more than 500 buyers and sellers to meet and discuss at the country’s most effective and largest DMICE business negotiating platform. The event aims to generate more than 500 million baht.
Mr Nopparat Maythaveekulchai, president of TCEB revealed that, “TCEB is a government agency dedicated to promoting the MICE industry, and the Domestic MICE market has played a key role in driving sustainable growth. During the 2015 fiscal year, 23 million DMICE travellers generated more than 46 billion baht revenue for the Thai economy. TCEB is a key member of the tourism and MICE promotion driver group, one of the 12 working groups set up as part of the Government’s State of People policy. In line with this, TCEB has outlined its DMICE promotion plan for 2016, with four key strategic projects encouraging public, private, people, and communities to work hand in hand to move forward in one direction for the country’s development.”

The four key strategic projects include:

1. ‘Meeting in Thailand’: to continue the success of the sales promotion campaign as an incentive tool to help guide the decision making process for domestic MICE activities. The campaign also forms part of project to help strengthen the economy and empower communities, where 21 public and private organisations including the Ministry of Tourism and Sports, the Tourism Authority of Thailand, Designated Areas for Sustainable Tourism Administration (Public Organization), the Thai Chamber of Commerce and Board of Trade of Thailand, the Federation of Thai Industries, the Stock Exchange of Thailand, and many trade associations work together harmoniously to encourage companies and organisations to organize at least one meeting, seminar, or incentive travel in other provinces in 2016.

2. The Promotion of DMICE activities in key Royal Initiative project destinations to honour the three Auspicious Delights this year, which include 1) the 70th Anniversary Celebrations of His Majesty the King’s Accession to the Throne; 2) the 88th birthday anniversary celebrations of His Majesty the King; and 3) the 84th birthday anniversary celebrations of Her Majesty the Queen. TCEB will provide transportation support for the DMICE activities at more than 30 Royal Initiative Projects across the country, booked either through 44 participating leading tour operating agencies or by individual corporate arrangement, enabling people to take part in hands-on learning experiences.

4. The Promotion of DMICE through support for stakeholder and partner organisations that are high potential direct targets, such as the Thai Chamber of Commerce and Board of Trade of Thailand, and the Personnel Management Association of Thailand. 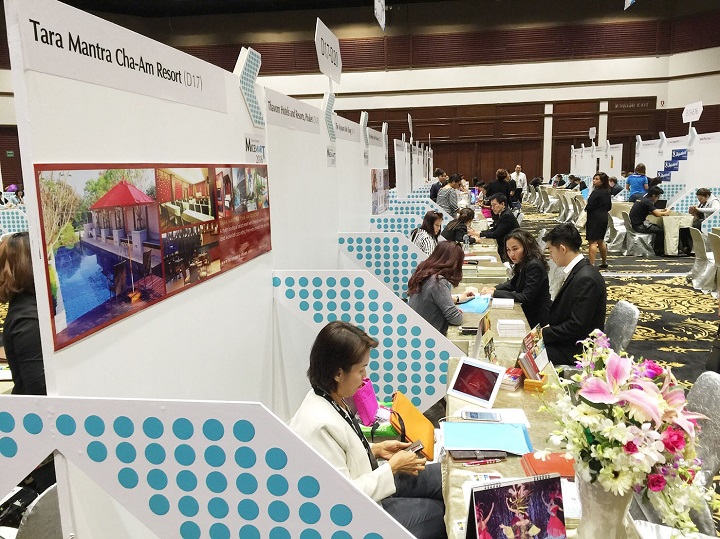 Mr Kalin Sarasin, Vice Chairman, The Thai Chamber of Commerce and Public-Private Collaborative Committee added that, “The Thailand Domestic MICE Mart 2016 is one of the key activities under the Meeting in Thailand Campaign, which forms part of 10 quick-win projects identified by and Public-Private Collaborative Committee. The strategy encourages the holding of MICE events in other provinces throughout Thailand, aiming to strengthen the tourism industry through sustainable development, increased revenue and financial benefits for local communities. We have invited quality buyers in our network of 21 organisations under the MOU, including the Thai Chamber of Commerce and the Board of Trade of to join a collaborative effort to drive the DMICE sector and generate income for society and our economic system as a whole.”

“Considered the biggest DMICE trade negotiating platform, the Thailand Domestic MICE Mart 2016 is expected to help generate more than 500 million baht revenue, and will be further developed into a leading DMICE Trade Show within five years.”

Key highlights from the Thailand Domestic MICE Mart include; Trade Meet – 300 buyers and key decision makers for corporate meetings and incentive travel, from both public and private organisations, are expected to join the event. They will join 250 sellers and MICE business operators from across the country including Thailand’s five MICE Cities, and 10 provinces from Special Economic Zones. At the event, half day, full day, 2D1N or 3D2N meetings and seminars packages, as well as incentive travel trips to the Royal Initiative projects, will be made available. 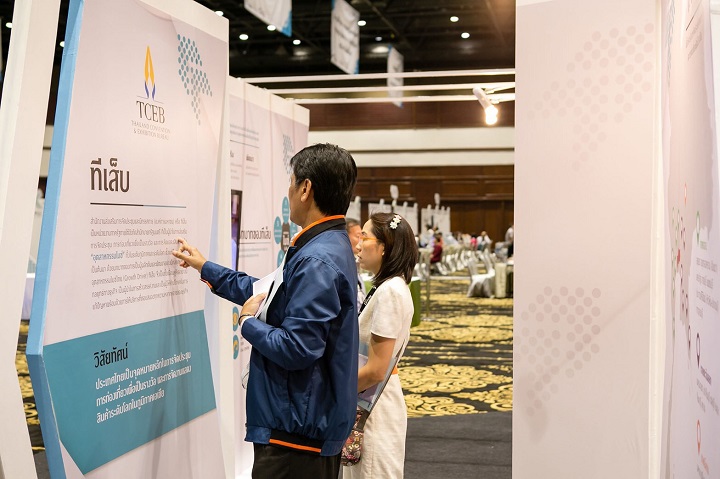 Seminar topics, led by a panel of well-respected guest speakers include ‘In-depth knowledge and practical information on MICE businesses’ , ‘New market opportunities’, and ‘Domestic Plus’

Also on offer is the Best Practice in Bangkok Inspection Trip for MICE operators from outside Bangkok. This covers two tracks. Route 1: “Learn how to increase business opportunities from an event near you – A case study from IMPACT Muang Thong Thani”; and Route 2: “Study how to leverage business standards through the Thailand MICE Venue Standard (TMVS)”.