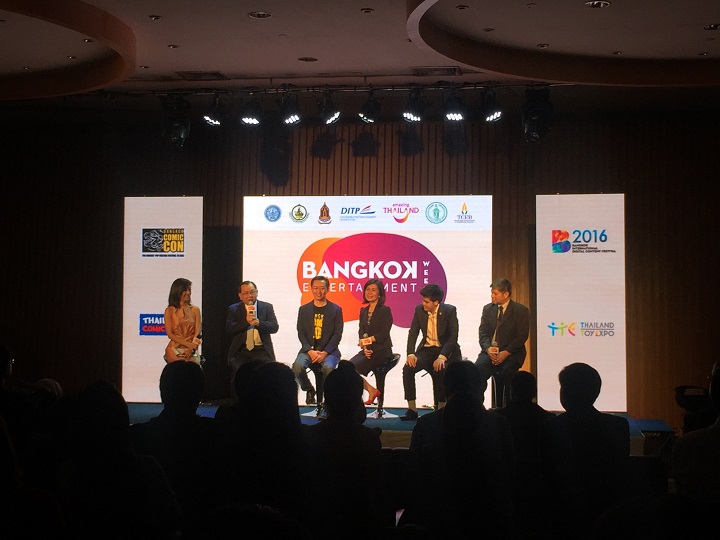 ICT Minister Dr. Uttom Saonayon, who is the spoke person said “The responsibility for pushing forward Thailand’s economy belongs to everyone, not to any individual organization or unit. Public, private and people sectors must collaborate to strengthen Thailand’s digital economy stably and sustainably such as the staging of the Bangkok Entertainment Weeks 2016 which is the supported of the seven public organizations to four major entertainment and digital content event organized by private sectors. Private sectors are key driver to the success and grow the industry sustainably. They fully understand the marketing mechanism of the business. Nowadays, entertainment and digital content industry have been continuously developing and reflecting in huge consumer demand. Bangkok Entertainment Weeks 2016 is an important milestone for Thailand in moving towards the right path; the stage to showcase digital content, potential of Thai people and our international-standard quality of works.” 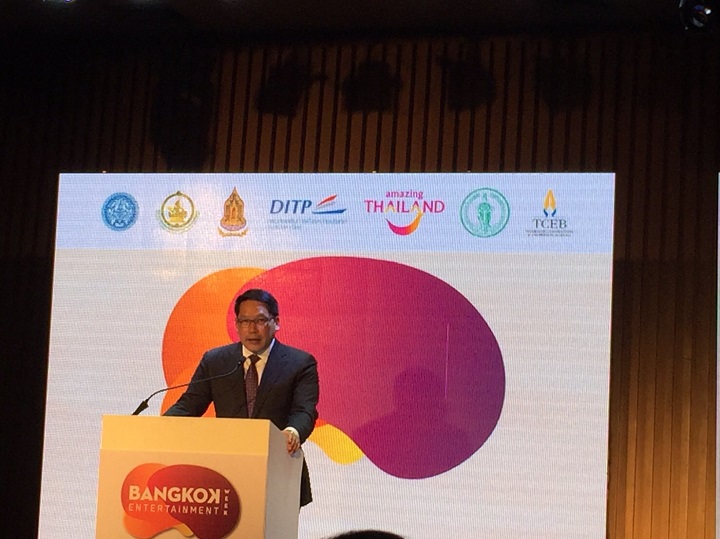 Dr. Uttom added “The industry of entertainment business and digital content is growing in each year; in 2015-2016, there is an investment in network of broadband internet more than 111,200 million baht; while more than 65,000 million baht in 3G and 4G, which is the development of technology infrastructure in order to support the growth of the industrial sector.”

Bangkok is one of the potential capitals in ASEAN, the center of industrial businesses especially entertainment business whether it is film or digital content over the past few years. Bangkok is a big market fulfill with quality business of film industry, music industry, animation industry, and online PC games which can entice new businesses on this land of smile. This will generate multiple effect and cause power-driven economy to the industry itself and to tourism industry such as hospitality and service sectors. Therefore, Bangkok Entertainment Weeks 2016 is become one of the event platform to transform Bangkok as entertainment and digital content business city.

Mr. Weerasak Kowsurat, as head of Bangkok Entertainment Weeks 2016, and Chairman of TCEB Board of Directors reveal that “Staging the Bangkok Entertainment Weeks 2016 (BEW 2016) is the milestone success from last edition. In 2015, BEW had contributed gross domestic product (GDP) of 3,081,583,423 baht to the nation and an increase of employment of 20,371 jobs, and generated tax revenue of 868,087,932 baht. Thus we have carried on the organizing of Bangkok Entertainment Weeks 2016 under the integration of public and private partnership, in order to “uplift” all the events related to entertainment business and digital content to become a mega international event and festival that serve to market demand locally and regionally. In addition, BEW 2016 is an abundant event for knowledge and experiences exchange, as well as being an inspiring, educating and empowering platform for those industry professionals, students, and young people to cherish their goal, and promoting Bangkok as the city of happiness, modernity, and creativity. This is an important milestone and part of driving all aspects of economic policy under the government’s concept of digital economy”. 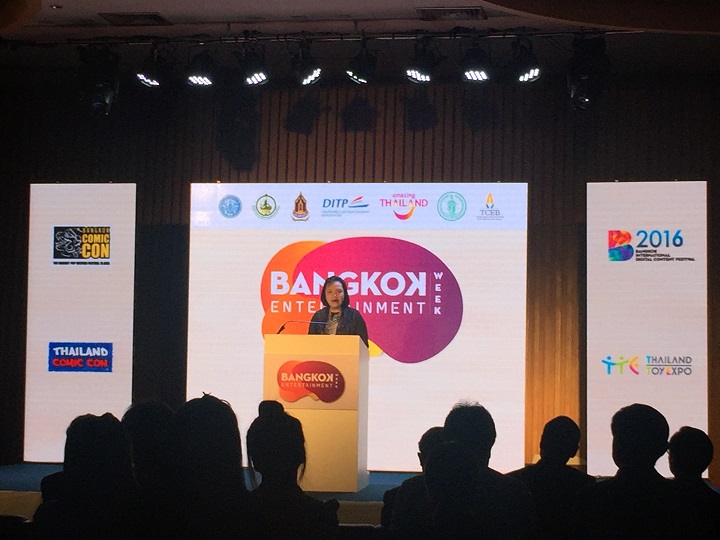 Fill up with top-notch experiences at the Bangkok Entertainment Weeks 2016. Meet with the animation characters, games, computer graphics, applications, films, music, super heroes, famous cartoon mascots, cosplays, toys, collectibles, including exhibitions, conferences by Thai and the world-renowned speakers, e.g., the creator of Lilo & Stitch from the United States. All these fun activities and entertainment are going to take place throughout the entire two weeks from April 22 – May 8, 2016 at Royal Paragon Hall, CentralWorld, BITEC Bangna. More details about the Bangkok Entertainment Weeks 2016, please visit the website www.bkkentweek.com or Facebook #BEW2016