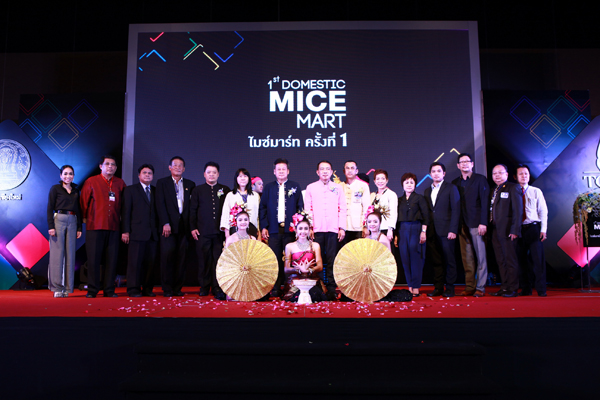 Chiang Mai, 7 May 2014 – Thailand Convention & Exhibition Bureau (Public Organization) or TCEB joins hands with Chiang Mai Province to organise the ‘1st D-MICE Mart’ to implement the MICE development plan especially for Chiang Mai Province. Aspiring to stimulate the holding of corporate meetings, seminars, incentive travels, conventions, and exhibitions to drive the province’s economy in the short term, as well as to build the awareness of MICE industry and its benefits among entrepreneurs and local residents, the endeavours will also help strengthen the partnership within the GMS/BIMSTEC collaboration frameworks. The bureau and Chiang Mai will continue their vital roles in propelling the province to become a global MICE destination.

Mr. Nopparat Maythaveekulchai, president of Thailand Convention & Exhibition Bureau (Public Organization) or TCEB, revealed that, “Because of the past situations in our country that have caused international MICE travellers to postpone their visits to Thailand, to this connection, TCEB stills prioritises the importance of the domestic MICE market  as well as its great potentials which will serve as a mechanism empowering the country’s growing economy while lowering the dependence from the international market. Thanks to the collaboration from public and private sectors, trade associations and relevant organisations who have dedicated to revive and assist in the holding of domestic MICE events.  Today, Thailand successfully recovered in terms of economy as domestic MICE has currently contributed the revenue of as much as 1 in 5 of overall MICE industry or 15,000 million baht,”

Also, TCEB commits to the development of the domestic MICE (D-MICE) market by promoting and supporting a variety of marketing activities, in line with the domestic MICE capabilities development especially within the five designated MICE Cities, including Bangkok, Chiang Mai, Pattaya, Phuket, and Khon Kaen, in order to accommodate the organising of the world class international meetings, incentive travels, conventions, and exhibition.

In Chiang Mai, TCEB has worked closely with Chiang Mai Province and a network of MICE industry alliances to accelerate marketing promotional activities and to create awareness of MICE products and services and the province readiness aiming at providing a solid MICE platform which will help drive Chiang Mai as a centre for regional MICE destination.

The Royal Thai Government has declared 2013 as the Year of MICE for Chiang Mai. It also marked the first milestone for 5-year MICE City development plan of Chiang Mai. In addition, TCEB initiated the domestic MICE roadshows under the “D-MICE @ Chiang Mai” campaign to reflect the competency and readiness of Chiang Mai in handling national MICE industry.

“In 2014, TCEB will continue its 5-year MICE City development plan of Chiang Mai by emphasising on pro-active marketing and sales strategy through the launch of the ‘1st D-MICE Mart’ in Chiang Mai to provide a platform for local MICE entrepreneurs to showcase their products and services directly to the prospect buyers. The event highlights significant business opportunities, as there will be the pooling of buyers from public sector, including state agnecies and local administration offices, as well as professional associations and organisations, such as Thai Chambers of Commerce and The Federation of Thai Industries from the private sector. A list of sellers include MICE entrepreneurs, such as convention centre, hotels, airlines, destination management companies, travel agencies, and event organisers. Participants will meet and conduct business negotiation, creating opportunities to reach target groups efficiently and bringing about the holding events for which will lead to the distribution of revenue across all regions nationwide. Besides, the participation will also help updating MICE-related news and dissipating knowledge in MICE industry towards local people in target areas. Also, the 1st D-MICE MART will be held in other MICE Cities, such as Khon Kaen, Pattaya City and Phuket,” Mr. Nopparat concluded. 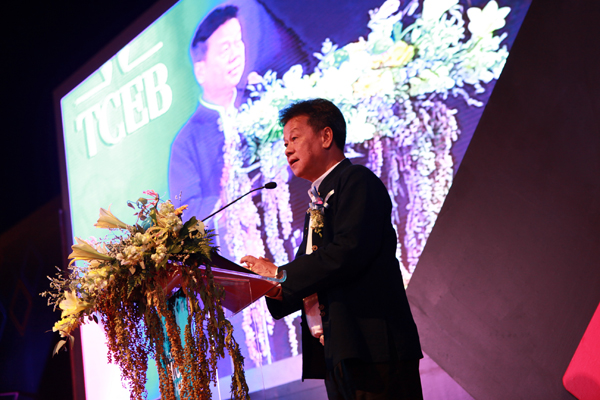 Chiang Mai Governor Mr. Vichien Phuttiwinyu, mentioned about the overall MICE industry in Chiang Mai in 2013 that, “Our performance in MICE has been quite satisfactory, in terms of expansion of marketing collaboration on both domestically and regionally. We played a key role is hosting a number of distinguished national conferences. Moreover, Chiang Mai also witnessed a signing of Memorandum of Understanding (MOU) between TCEB and Sapporo Convention Bureau orienting to support MICE industry, especially in Chiang Mai. As well, Chiang Mai and Hokkaido Prefecture had also signed the agreement to mutually support and strengthen MICE industry in both provinces.”

In the past year, Chiang Mai hosted important international conferences, such as The 2nd Asia-Pacific Water Summit and Thailand Rice Convention 2013. Further, seminars aiming to educate and promote MICE industry in Chiang Mai were also held under the MICE City initiatives with the objective to provide knowledge and understanding in MICE industry for public and private sectors, local administration offices, members of the press and general public. Other key activities included the “Year of MICE @ Chiang Mai” held to educate students and prepare them with skills and interest to serve as a liaison for Chiang Mai City; Agent Familiarization Trip and the “Domestic MICE: A Royal Trail Inspiration” project. 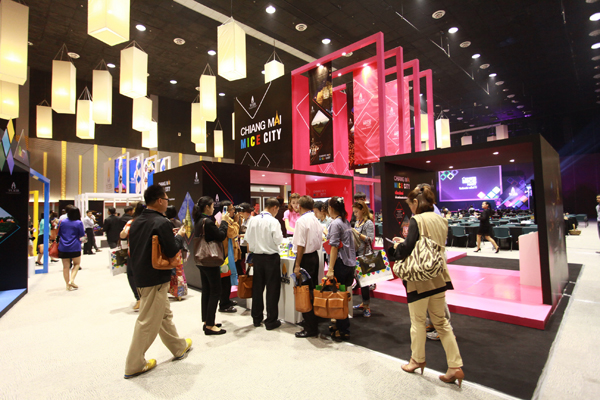 In 2014, Chiang Mai has mapped out directions towards the improvement of the province by strengthening the GMS/BIMSTEC collaboration and sister provinces of Chiang Mai in order to position Chiang Mai as a leading destination for international MICE or Global MICE City in the next 2-3 years. Neighbouring countries and ASEAN countries are key target market. The province will provide assistance in 3 ways as follows:

The province is prompted to adopt the Government policy and will designate the MICE Destination initiative as key policy and strategy in advancing the province, along with support the betterment of infrastructure and regulations to facilitate the campaign.

The province will be leading the implementation of policy and initiating collaboration from relevant parties to join in the enforcement of Chiang Mai as the genuine MICE Destination.

Joint objectives will be established and commitment will be created among stakeholders, specifically the management and policy makers in order to facilitate provincial MICE to grow in proper direction and reach the right target.

“Important factors that will help drive the Chiang Mai MICE industry to success include the political stability, changes of global MICE trends, readiness of infrastructure of service industries, promotion and supports, creation of confidence for domestic MICE industry to grow up to international scale.” Mr. Vichien added.