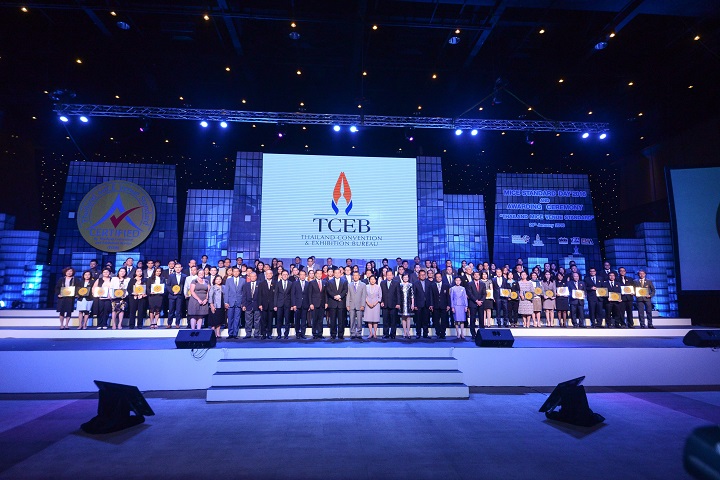 Bangkok, 29 January 2016 - Thailand Convention & Exhibition Bureau (Public Organization) or TCEB made a bright start of 2016 as the bureau declares “9 ASEAN member countries” officially agreed to abide by Thailand MICE Venue Standard as the model for the improvement of MICE venue standard in ASEAN. Additionally, 100 Thai MICE entrepreneurs, running a total event space of 227 rooms, were guaranteed with TMVS in the fiscal year 2016. The bureau is moving fast to implement the second phase for the standardisation of MICE venue standard in accordance with the 5-year model scheme.

Mr. Nopparat Maythaveekulchai, TCEB President, disclosed that, “The direction for the advancement of MICE capabilities in 2016 was mapped out in 4 aspects, including Trade Education, MICE Academy, International Standard and the sustainable natural conservation (MICE Sustainability Thailand). All of which will target the expansion of competitive advantage of private sector and the whole MICE industry of Thailand, as well as to enable Thai MICE standard to achieve the recognition of member countries in order to pave the way toward ASEAN MICE standard by which Thailand shall be praised for its role as the region’s MICE institute, 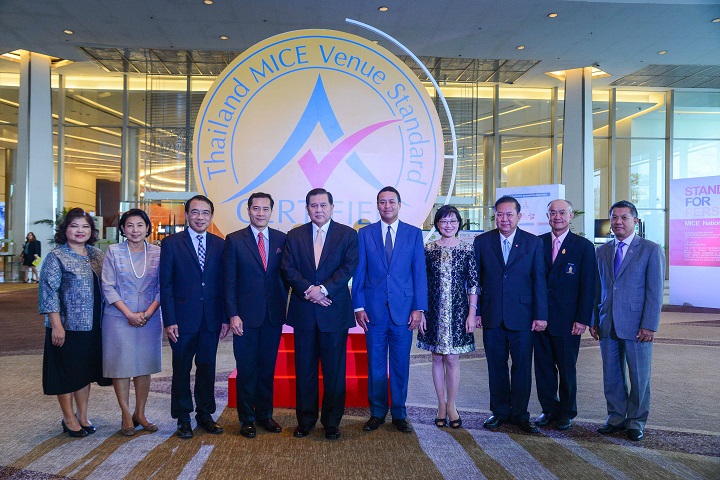 “The top-priority plan under our urgent implementation is the improvement of MICE venue standard which plays a vital role for it could affect the decision of organisers in the holding of business events in Thailand. TCEB has produced the model scheme on Thai MICE venue standard for 2015-2019 which comprises 6 key strategies that cover 6 dimensions of development as follows: Venue / Personnel / IT System / Public Relations and Marketing Promotion/ Promotion of ASEAN MICE Venue Standard / and the mobilisation of MICE venue standard toward the sustainability of 41 projects under the 66 million baht budget.”

In 2016, the operation will be divided into two parts. First, the “MICE Venue Standard Development Project (Meeting Room)” will be conducted across five MICE cities, ranging from Pattaya, Bangkok, Chiang Mai, Phuket to Khon Kaen, with the collaboration of Management System Certification Institute (ISO certification). In the fiscal year 2016, the number of MICE entrepreneurs certified with the TMVS (Meeting Room) totalled at 100 venues that comprise 227 rooms. The number was an increase from the fiscal year 2015 whereby MICE entrepreneurs certified with the TMVS totalled at 42, comprising 114 meeting rooms in total. 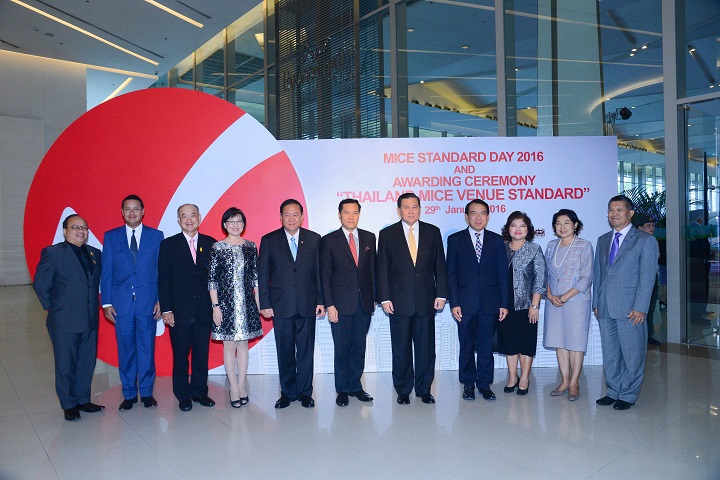 Second, TCEB has planned to expand our operation to the development of Exhibition MICE Venue Standard as Thailand has been well recognised by the Global Association of Exhibition Industry (UFI) as the region’s top country with considerably high number of exhibition space, while international trade shows have preferred Thailand as the hub of business events.

“The best news which was also considered as Thailand’s progress is that TCEB has successfully brought Thai MICE venues to achieve recognition from ASEAN member countries. Thailand MICE Venue Standard or TMVS officially became the model for the development of ASEAN MICE Standard. The 43rd ASEAN Senior Officials Meeting on tourism, held during 18-19 January 2016 in Manila, the Philippines, had agreed to include MICE Venue Standard formulated by Thailand in the ASEAN Tourism Strategic Plan 2016-2025. This means that Thailand is currently in charge of the ASEAN MICE Standard, 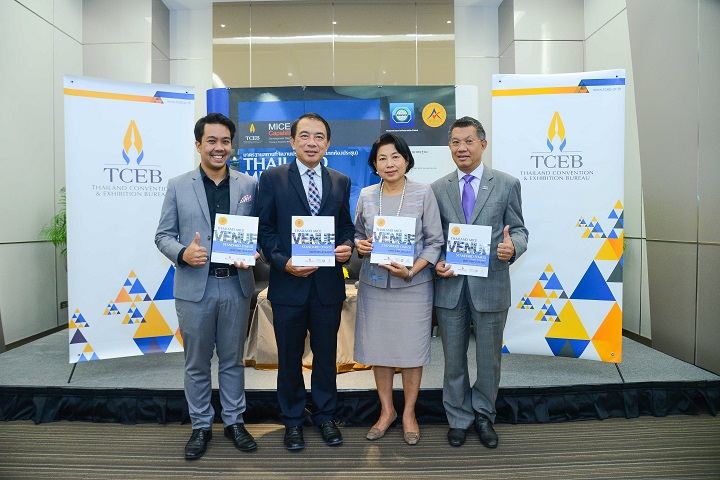 ASEAN declared acceptance of the aforementioned standard as the standard of ASEAN and appointed Thailand as the Host Committee of Subcommittee for the development of standard together with 9 member countries, vesting in Thailand a crucial role in MICE on ASEAN stage. In addition, the extension plan was determined for the holding of training on MICE venue standard among ASEAN countries which will in turn enhance the image of Thailand as the leader of MICE venue standard education, as well as promote the image of the country as the hub of ASEAN MICE. Approximately, ASEAN MICE Venue Standard will be completed and announced as active within 2017.” concluded Mr. Nopparat.